Is their PreSeason hope enough to win them another state championship? We have interviewed Kostaki Kodonas. Kostaki is one of the three captions along with Philip Nora and Eddy Garabito Soto, for the 2022 Norwalk High Baseball Team. We asked Kostaki what are your expectations for the team? and he told us “The only thing on my mind is getting back to winning another state championship.” 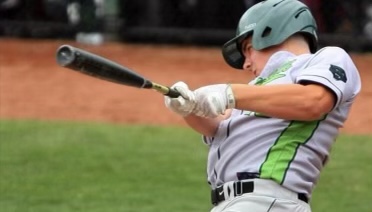 Coming out of last year strong is a new subject running throughout the team. But being a team that is now targeted throughout the state is definitely going to make everything harder and with that as a team we all know that you need great captains to keep the team straight. Asking Kostaki “what made you stand out from the others to now be captain?” He told us “Being a senior that has been on the team since my Junior year has really impacted me a lot. I learned a lot from last years captains and I’m planning on carrying that on through the rest of the season and even after that for the future.”

When asking Kostaki “what are you looking forward to in the 2022 baseball season?” He said “I’m really looking forward to building relationships and having fun winning baseball games with the team this year. I’m really hoping we can bond together and play as a team, that way we can achieve what we really are capable of.” While having to live up to the last years team, Kostaki and the rest of the team are working on bonding and becoming the best team they can possibly be. So will Kostaki and the team live up to last year? That’s up to them and its up to us to give them our support and watch. Good luck Norwalk High Baseball!