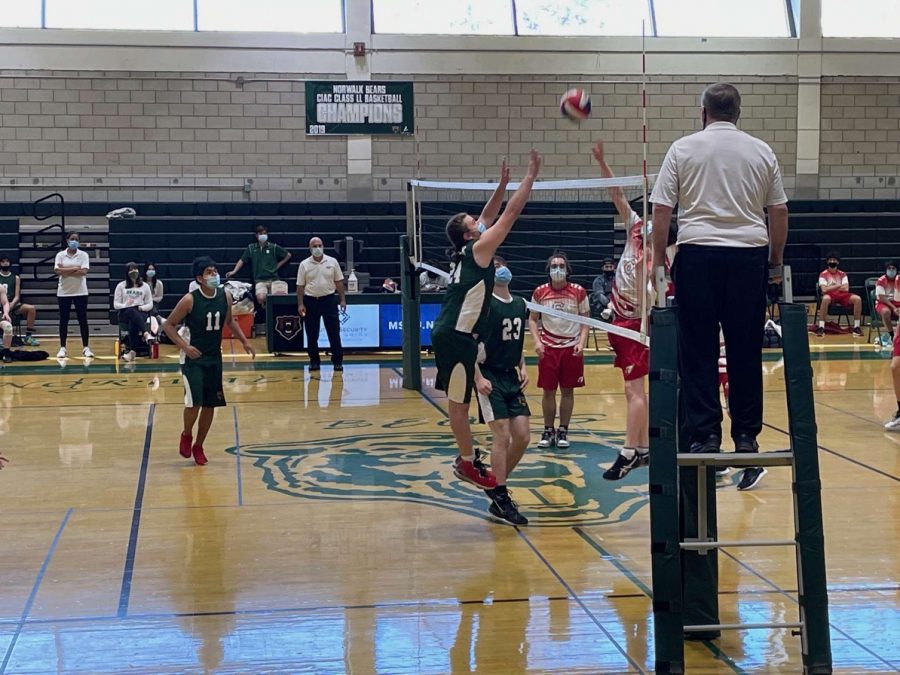 “The whole team was so pumped to be the first Boys Volleyball season for Norwalk High school”, Stated Avi Hurwitz.

The team trained and trained to prepare for their first game for weeks. They all worked so hard just to be told the team had to go under the COVID protocols for two weeks, which caused them to postpone their games against Danbury, Warde and Staples. The teams first game coming back was against the Stamford Knights.   Although the Bears lost is felt great to be back on the court.  The programs first victory came against another Stamford team, the Westhill Vikings.  Norwalk tallied their first win by  taking down Westhill  3 sets to 2.  The video included in this article has highlights of the Bears against not only Westhill but Stamford as well.