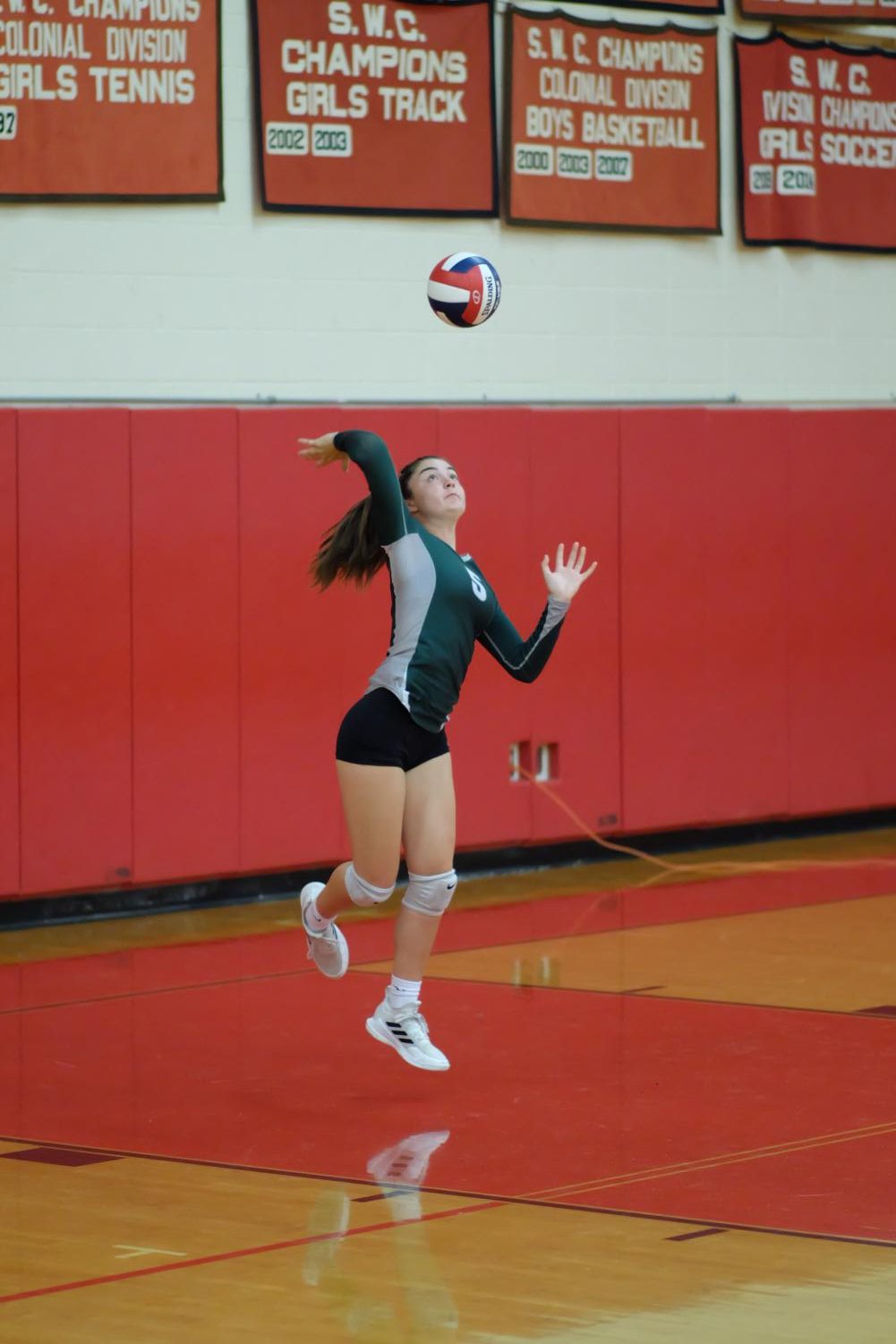 The Sophomore Phenomenon Takes Over Volleyball

One of the team Captains for the Norwalk Bears Volleyball team is only a sophomore at Norwalk High. Who is this sophomore phenomenon? you might ask, her name is Ally Lanzarotto. Ally is an outside hitter for The Bears volleyball team and is leading the way for the team. After making the varsity team as a freshman and being a starter last year, coaches and players realized how much of an asset she is for the team. So coming into this season, coaches knew that she was going to be a big part of their volleyball team coming into this season, so coaches decided to give her the captain roll.

“My coaches saw my natural leadership on the team last year as a freshman and said my determination and hardwork could contribute to others on the team to work harder too.”

Ally’s teammates said that she is and amazing player, she plays the back roll really well, and can serve like a pro. We also asked them about how she is as a team captain knowing that she could be younger then most of the player, they said that she is an amazing captain she cares about her teammates and is a great leader in helping the team win more games.

Ally proves that she deserves this spot as captain, “My hard work and good work ethic reassured my teammates that I was the right fit for this captain spot.” Sophomore, junior, or senior, it doesn’t matter, Ally proves that you can be a leader at any age.